South African born Robyn Paterson immigrated with her family to Hamilton, New Zealand in 1994. After attending Waikato Diocesan School for Girls, she attended the United School of Performing Arts in Auckland, New Zealand, and then The Neighborhood Playhouse School of Theatre in New York in 2011. She then moved to Sydney, Australia in 2013 and after working extensively in television, she moved to London, UK in 2014. She continues to act, write professionally and travel between both the UK and New Zealand.

The Impi Theatre Company was established by Robyn Paterson and Xiomara Meyer in order to present Paterson's solo show, The South Afreakins at the Edinburgh Fringe Festival in 2016.

The grassroots theatre company was comprised of several graduates from some of the top dramatic institutions in London, UK as well as New Zealand dancer and choreographer Amy Mauvan who graduated from the Jose Limon Dance Foundation in New York. The Company returned to Edinburgh Fringe in 2019 with a brand new team, selling out again for the month long run with the sequel, The South Afreakins: The Afreakin Family.

The show garnered four and five star reviews and was selected as The Edinburgh Reporters 2019 Pick of The Fringe. The Company now exists of a touring party of two, Paterson and Meyer.

How I got where I am today

By not really taking no for an answer.

The Covid vaccine is pretty cool.

Development Status: Tour Ready (The show is tour ready having sold out in London at The Southwark Playhouse Theatre and also enjoyed a near sell out season at the 2019 Edinburgh Fringe Festival.) 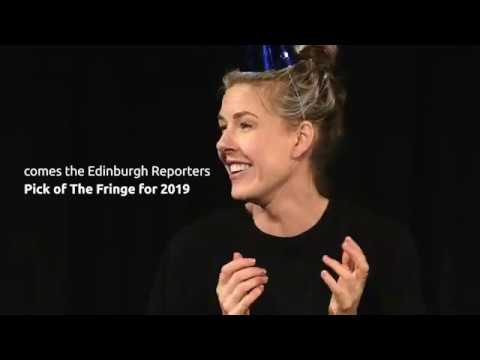 Helene is excited to throw Gordon his 70th birthday party while Gordon is struggling to come to terms with getting older. Rachel and Kelly are on their way to the party, one with a baby, the other with a career and both with anxiety of seeing one another. And Clive, well... is just Clive. When they all come together to celebrate Gordon's milestone, emotions overflow more often than the erupting chocolate lava birthday cake. From the writer and performer of the critically acclaimed sell-out hit, The South Afreakins, comes a sweetly sensitive solo show about learning how to embrace the unknown without fearing the future, the ability to let go while still remaining close and the inevitable realities of growing old and growing apart.

Actress and writer Robyn Paterson graduated from the United School of Performing Arts in 2008 and The Neighborhood Playhouse School of Theatre in 2011. She has worked extensively in theatre, film and television in New Zealand, Australia and the UK including Power Rangers, ANZAC Girls, The Almighty Johnsons and The Generation of Z. Her plays have been shortlisted for the NZ Adam Playwriting Award and the B4 25 NZ Playwriting Competition. Her first solo show, The South Afreakins had a month long sell out season at the 2016 Edinburgh Fringe Festival. The follow up show, The South Afreakins: The Afreakin Family enjoyed a month long near sell out season in 2019.

Xiomara Meyer is a Mexican-born German actress, writer, and producer. In 2016, she graduated from Kingston University London with a bachelors degree in Drama with Creative Writing.
She joined Impi Theatre Company in 2016 and in 2018 she co-founded Hitting Heads Productions, focusing on the production of theatre and short films.
Currently she works as executive producer for The Impi Theatre Company, as well as writing professionally for online publications and devising theatre.

Number of People in the Touring Party

"There’s plenty of laugh out loud moments in this sharp, witty and poignant production."

"Invest just an hour of your life in this hugely entertaining piece and it’ll reward you with something to think about, laugh about and tell all your friends about for a long time to come."